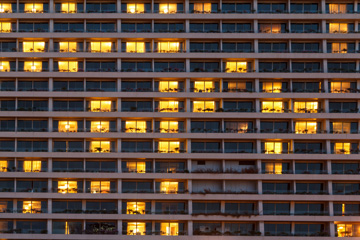 The number of smaller one- or two-person households in Germany will increase by 3.8% to 33 million by 2040. In contrast, the number of larger households with three or more persons will decrease by 6.4% to 9.6 million.

The single-person household is already by far the most common form of household in Germany. According to the Federal Statistical Office, in 2019 one-person households accounted for about 42% (17.6 million) of all households. According to BBSR calculations, that proportion will increase to about 44% in 2040. In the city states (Berlin, Hamburg and Bremen), more than every second household (52%) will then be inhabited by people living alone.

Commenting on this trend, Dr Markus Eltges, Director of the BBSR, said: “The increase in the number of smaller households is changing the supply and demand for housing. We need many more smaller homes for one and two persons. In addition, more and more older people are living alone. The demand for barrier-free homes, both new builds and existing properties will increase, as will the demand for local care and health services. At the same time, there is a need for more social facilities and stronger networks at neighbourhood level, so that we can provide people living alone with measures to combat loneliness – in towns and rural areas.”

The Household Forecast is part of the Regional Planning Forecast 2040. This shows how population, household and labour force figures will change nationwide and regionally in Germany by 2040, if past trends remain stable in the future. The Regional Planning Forecast also provides information about structural changes. The regionally differentiated forecast makes its assumptions on the basis of long-term demographic developments. Accordingly, the forecasts cannot reflect future policies and crises that suddenly occur and which have lasting effects.

The Household Forecast 2040 ( in German) can be downloaded
>>here 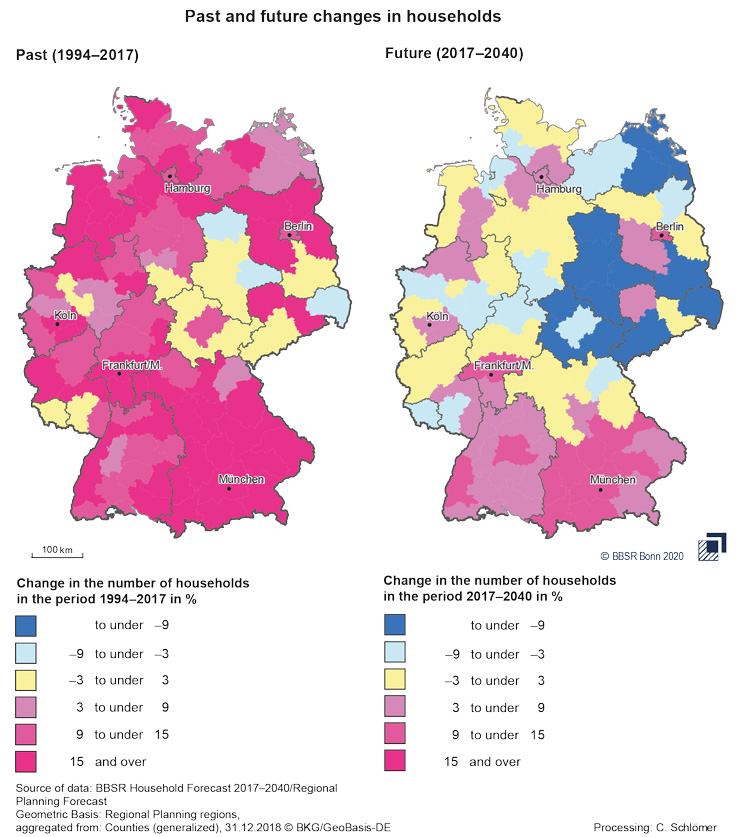